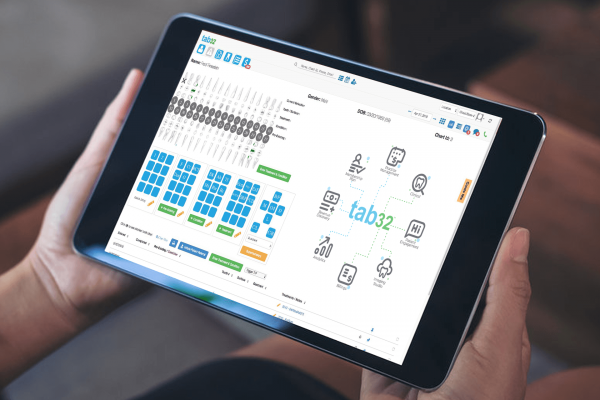 Rocklin-based dental practice management technology company tab32 has hired a string of executives recently, along with dozens of employees, as it builds out its operations and national sales efforts.

The company has been growing since it took a round of venture capital last summer led by Spark Growth Ventures of La Jolla. Tab32 didn’t disclose how much it raised.

The 2012 startup also moved last year from its longtime 1,800-square-foot headquarters in Natomas to a 9,000-square-foot office in Rocklin, which is large enough for 120 employees, though some of the company’s employees work remotely in the U.S. and India.

Tab32 has developed and now supports and sells a cloud-based dental practice management platform that integrates patient communication, scheduling, digital forms, X-ray images, payment and patient records. The company also supplies dental office customers with an online booking engine for patients to set up appointments. The information is available in real time through multiple devices, and the platform includes security safeguards for patient information. The cloud platform also has a marketing component for new and existing patients.

The hiring of Masvidal this month follows a number of additions. In December, tab32 hired Erik Martinez as its vice president of marketing. In November, the company hired three veterans of the dental industry, Erin Norris, Jim Smit and Paul Blocchi, as directors of strategic accounts. And in October, the company promoted its vice president of sales Melissa LuVisi to the new position of chief strategy officer.

About Pappas Investments:
Pappas Investments is a fully integrated real estate company that takes pride investing in local communities. We have been family owned and operated in Sacramento since 1970.

We are excited to announce we will be renovating o

We are pleased to announce the acquisition of Rock

On behalf of Pappas Investments, we would like to

1927 L Street is an excellent opportunity to lease

Kung Fu Tea was founded in 2010 with the passion t