The Broadway Corridor in Sacramento is on the rise with new brands, new real estate developments and residential growth.

Sacramento, CA – (November 21, 2022) – The Broadway Corridor in Sacramento has had a history of success that was followed by a time that made the location less desirable for brands, developments and residents. Today, that is now becoming a thing of the past as the future is looking bright for the Broadway Corridor and the surrounding area with new developments on the rise.

Pappas Investments has been a property owner on the Broadway corridor for many years. Tower Cafe and Tower Theater have been landmarks in Sacramento that continue to stand the test of time and are both located one block away from 1331-1315 Broadway.

Pappas is thrilled to be working with a very creative tenant for 1331 Broadway that will make a great impact on the surrounding community.

“We are seeing a rise in new developments on the Broadway Corridor,” says a Pappas Representative. “We look forward to Broadway’s continued growth and impact on the community’s development.” 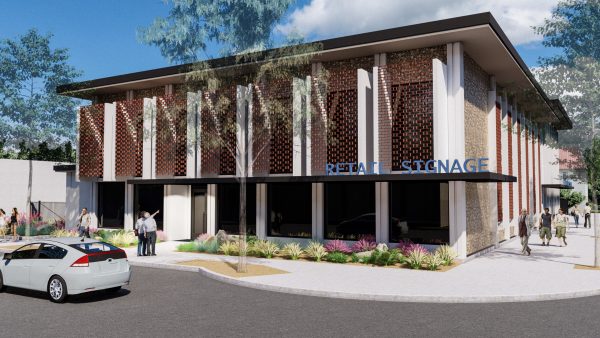 With the increase in development activity on the Broadway Corridor, it creates an opportunity for tenants to be surrounded by long-time area staples. Selland’s Market-Cafe has been a part of the Broadway community for many years and has become core to the culture of Sacramento. Selland’s has created a family-friendly atmosphere complete with an abundance of outdoor seating that has allowed the restaurant to withstand many obstacles they have been faced with in recent years.

“We are looking forward to seeing this area evolve over the next several years,” says a Pappas Representative.

The Broadway Corridor will continue to change its landscape for the next several years allowing the local community to evolve, expand and benefit from new offerings in the area.

About Pappas Investments:
Pappas Investments is a fully integrated real estate company that takes pride investing in local communities. We have been family owned and operated in Sacramento since 1970.

We are excited to announce we will be renovating o

We are pleased to announce the acquisition of Rock

On behalf of Pappas Investments, we would like to

1927 L Street is an excellent opportunity to lease

Kung Fu Tea was founded in 2010 with the passion t